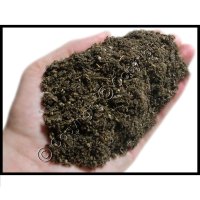 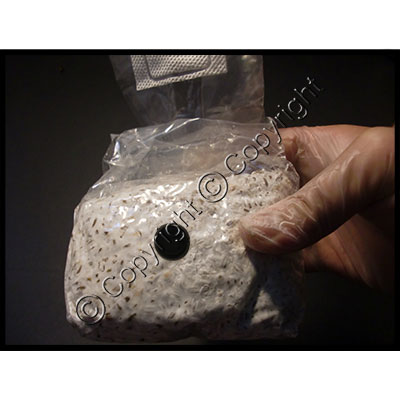 Once your inoculated grain spawn has reached 100% mycelial colonization, it is now time to spawn it to a bulk substrate, like our pre-pasteurized mushroom compost. If you don't know how we got to this step, please read the previous tutorial. 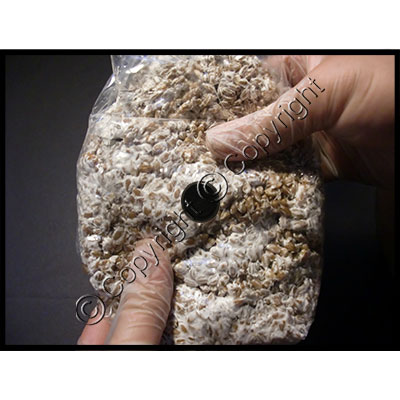 Once the bag is completely colonized with mycelium (you should not be able to see any uncolonized grain), break the grain up with your hands through the outside of the bag. Make sure the grain gets broken up completely and thoroughly. 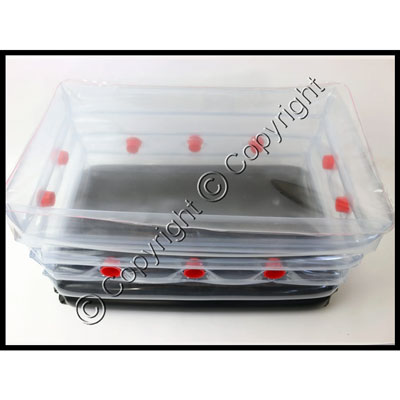 Prepare your inflatable monotub by inflating it, plugging the gas exchange holes with the provided red caps, and lining the bottom with the provided plastic monotub liner. Wipe down the inside of the monotub, the underside of the lid, and the plastic liner with isopropyl alcohol then put the lid on the tub to keep airborne contaminants out. 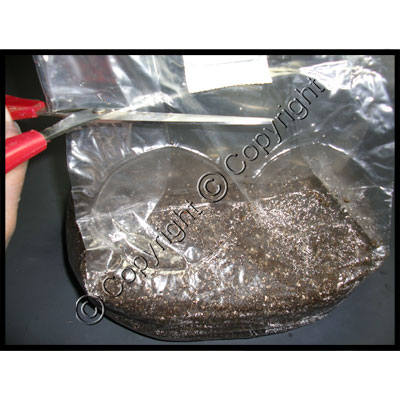 Cut off a bag containing 5 lbs. of pre-pasteurized mushroom compost directly below the filter with a clean pair of scissors. 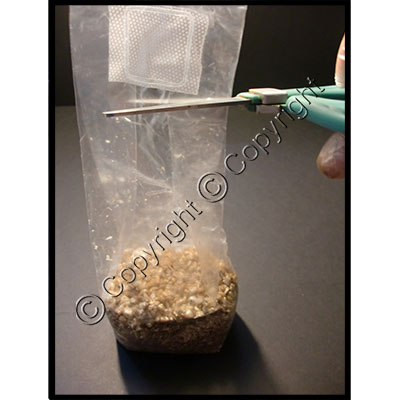 The spawn ratio that we recommend is two pounds of colonized grain spawn per five pounds of pre-pasteurized mushroom compost. Cut off two bags of broken-up colonized grain (the bags that you previously broke up) directly below the filter-patch with a clean pair of scissors. 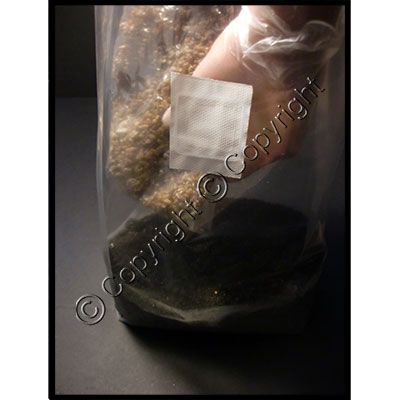 Dump both bags of broken-up grain bag into the 5 lb. bag of compost, mixing a total of two pounds of grain to five pounds of substrate. 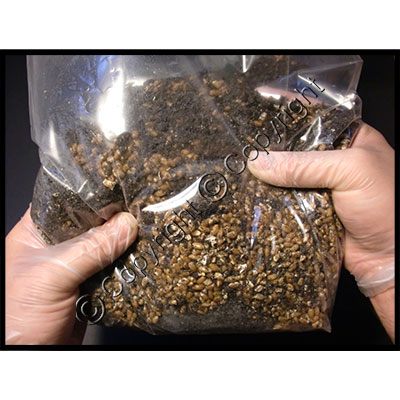 Mix the grain/compost mixture by massaging the outside of the bag. It is very important to make sure that the mixture is mixed up thoroughly and that the grain is distributed evenly throughout the bag. 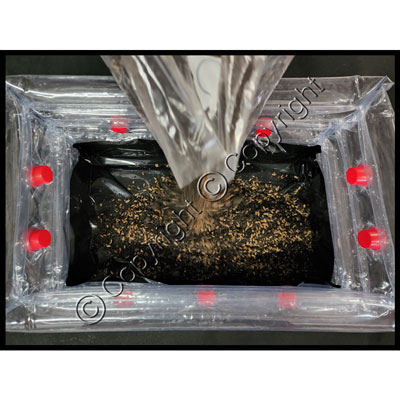 Remove the lid from the monotub and pour the contents of the mixed bag on to the plastic liner in the bottom of the tub. 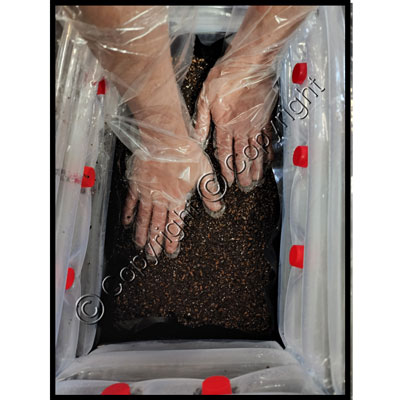 After sanitizing your gloves with isopropyl alcohol or hand sanitizer, use your gloved hands to level out the substrate across the bottom of the monotub into an even layer. Do not tamp or pat the substrate down. 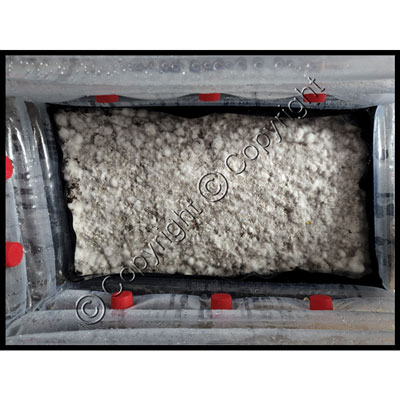 Put the monotub in a dark place that will maintain a temperature between 75-81°F. Disturb the tub as little as possible during this time period and do not open it until colonization is complete. It will take approximately 5-14 days for the substrate to completely colonize with mycelium (you will be able to tell if it has completed colonization when the substrate has turned completely white). Your substrate should look similar to the photo above.